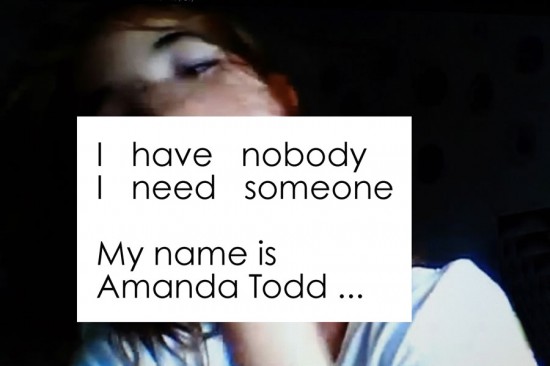 From April 25-27, 2014, the 8th Darmstädter Tage der Fotografie will take place. My first video work „I can never get that photo back. It’s out there forever …“ will be part of the festival.

It´s about Amanda Todd, a 15-year-old Canadian teenager whose suicide was attributed to cyber-bullying through the social networking website Facebook. On September 7, 2012, Todd posted a video on YouTube entitled My Story: Struggling, Bullying, suicide and self harm, in which she used a series of flash cards to tell of her experience of being blackmailed, bullied, and physically assaulted.